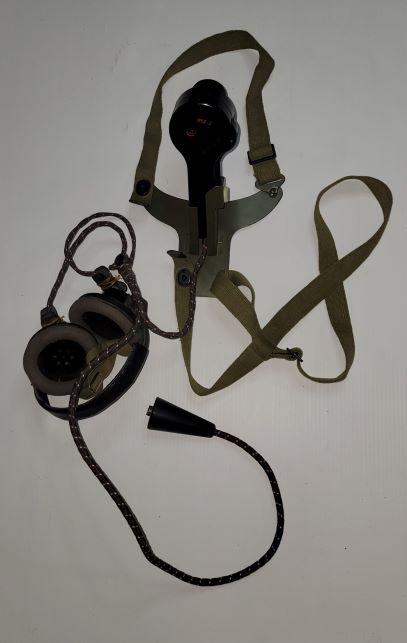 A standard piece of kit for gun crews to coordinate fire and communicate with the bridge. It includes a chest mounted microphone and a headset with cable connection. In great shape it looks like it may have seen post war service as well as WWII service. Perfect for a naval gunner display.  read more 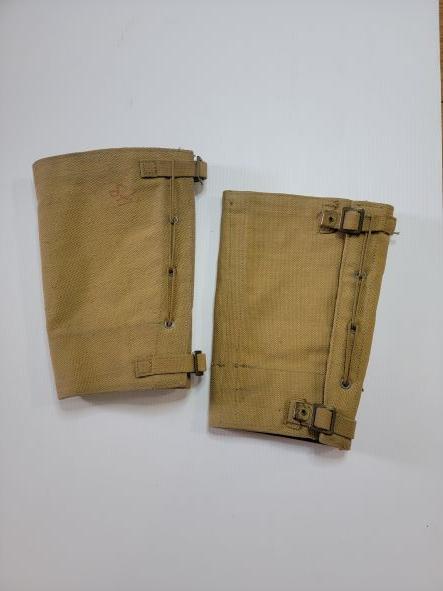 When Naval Crews were engaged offshore their bell bottom pants were an issue in the field, so tall gaiters were devised to gather and keep the pants from getting ruined or tripping the sailor. This is a nice clean set, all laces and buckles present and functional. Well marked on the inside and dated. There is what appears to be a faded red wax pencil mark on one that can probably be cleaned o...  read more 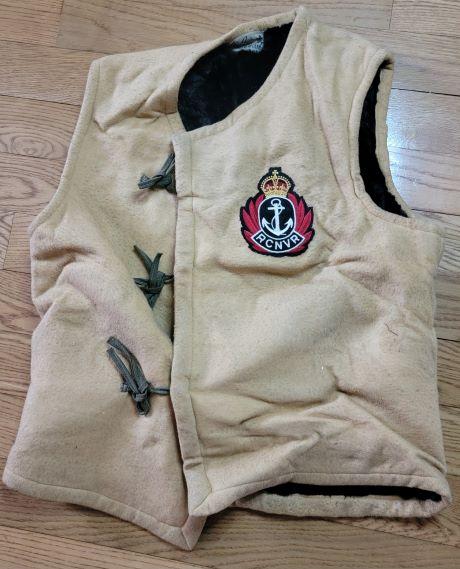 Canadian volunteer organizations helped make and supply warm fur-lined vests like this to members of the navy and merchant navy. Working as part of an organization called the "Seamen's Fur Vests War Project," fur companies and fur industry workers in cities like Montreal and Toronto helped fashion these vests from donated fur coats or from fur pelts. Groups like the Navy League or the Imperial...  read more 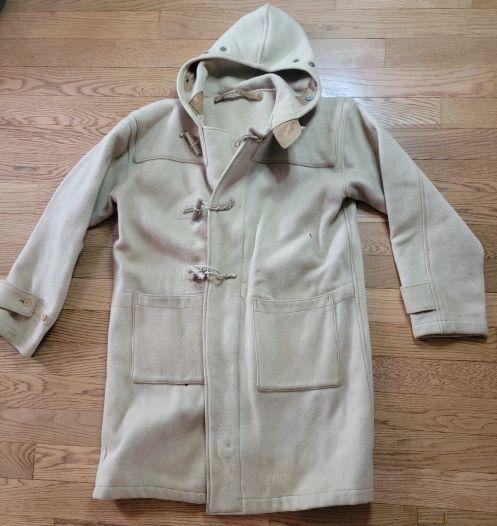 During the First and Second World Wars, the duffle coat became a popular piece of cold-weather clothing for sailors. The duffle coat, usually navy blue or camel-coloured, featured thick woolen fabric, a hood large enough to accommodate naval caps, and horn or wooden toggle buttons which could be unfastened even while wearing gloves or mittens. Duffle coats became popular ashore, and British Fie...  read more 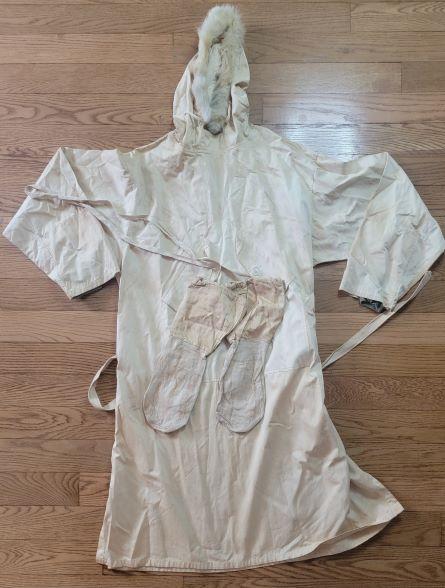 A set of winter whites "C" Broad Arrow marked pullover with fur hood and its waist belt. The grey elastic cuffs are both present and in good shape. Yellowed with age, it needs a bit of bleach to whiten it up, but carefully, without destroying the fur or the marking. Consult a conservationist for this job. The gloves are British made and are yellowed as well and include their tie string. This...  read more The famous Pixie Suit issued to all allied Commonwealth soldiers from British stocks is offered here for those that like Armoured Corps stuff or who collect with Holland in mind. These were worn by all of the Canadian Aromoured units in the winter months of 1944-45 in the Scheldt operations. It was very warm wool lined coverall able to be unzipped and rezipped into a sleeping bag. This par...  read more 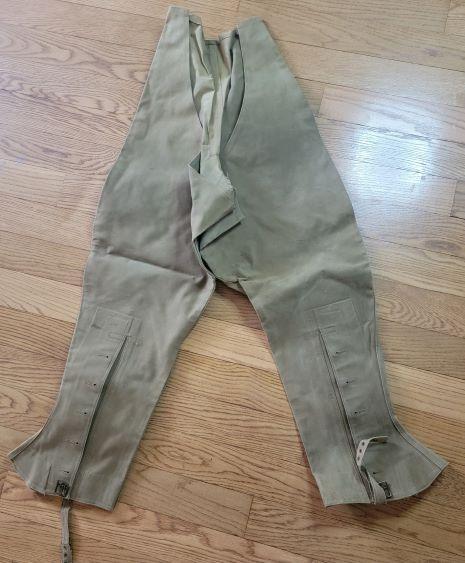 Leggings Rubber Proofed No.1A Khaki (modified) Dispatch rider mud overalls or leggings that are in great unissued condition. "C" Broad Arrow marked on the inside. All buttons, straps and buckles present and in very good condition. Apparently these were a favorite throughout the war for motorcyclists. This pair takes a waist belt, rather than the suspenders.  read more 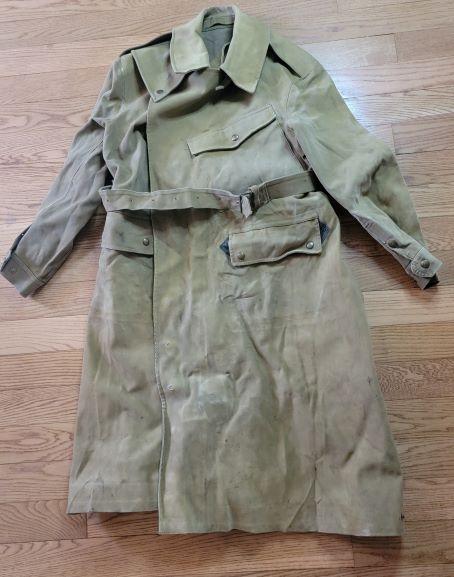 A good clean example of the heavy canvas Motorcycle Rider coat dated 1945. It is all complete with waist belt, but is missing one cuff fastener. Size is for someone I think about 5'8" to 5'10".  read more

The basic Haversack carried by every soldier in the Boer War and worn at the opening days of WWI. A complete piece, with its internal sleeve, in good condition, with slight soiling and bleaching. It appears some buttons are period replaced. This appears to have been reissued to an Officer post WWI as a haversack, having the unit markings of the RCOC, a post WWI title.  read more