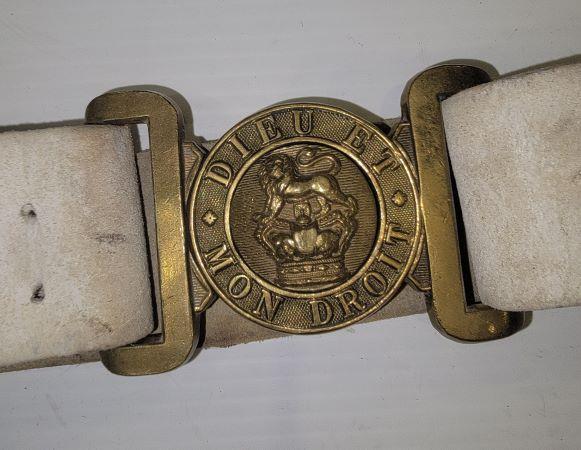 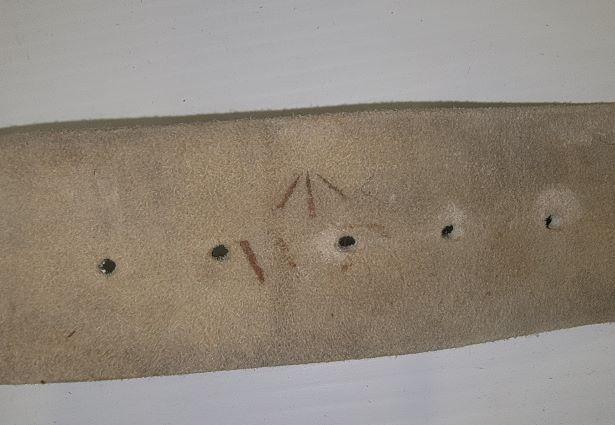 A standard Victorian Slade Wallace issued belt buckle with straight buff leather belt for parades. Marked with a broad arrow, the leather is pliable and good enough to mount on a tunic. The white surface is marred and soiled and not pristine, but typical of the condition of these belts found on the market due to age. The belt buckle is the standard British Victorian general issue pattern and these were often shipped to the colonies as surplus to be used by militia units. They are often found in unit stores here in Canada. This belt does not have the rig for Slade Wallace kit, it is strictly a parade belt.