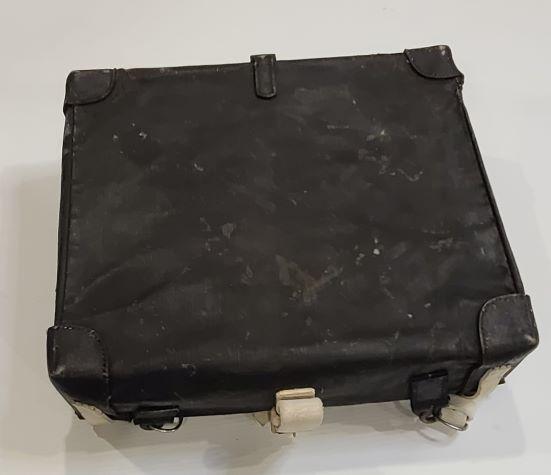 The standard issue 1854 Rucksack issued to British Troops in the Crimea and other campaigns of the era. These packs were also standard issued to Canadian Militia in 1856. The black body is sound with some chafing to the surface, it has an internal wood frame, and the missing Y strap has been replaced with a reproduction strap copied from an original. Well marked inside with Broad Arrow and company maker label. Displays well and are hard to find.