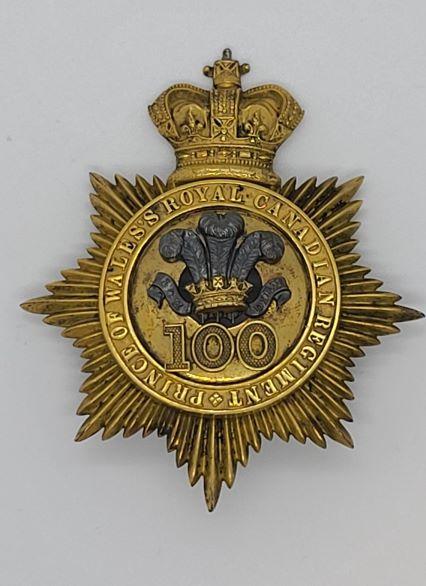 This is a very attractive badge, with gilt intact and its silver overlay parts pinned on correctly, lugs intact.

Here is a fine example of the final pattern Royal Navy OR Cutlass introduced in 1901 without scabbard. These blades were produced in small numbers by Wilkinson Sword. Maker marked and with inspector stamps, the blade is in good condition with some darkened areas top of the blade. The hilt and grip is complete and tight. A nice example. 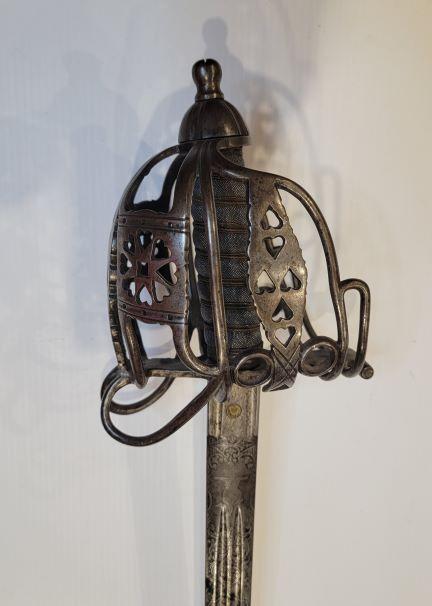 Offered is a typical 1828 Scottish Officer sword with the etching of the royal VR cypher, floral filigree and the designation and battle honors of the 93rd Foot. The Battle Honors include: Cape of Good Hope Sevastopol Balaklava Alma This would date this blade in the post Crimea era and may have been used in the Indian Mutiny. This regiment fought in the Mutiny in 1857. The blade is in decent condition, showing wear, but no nicks or corrosion. The hilt is in similar condition, with an ergonomically canted fish skin covered grip wired tight, with a solid fit to the blade. No leather hilt liner, tassels or scabbard. Was this blade carried by a member who participated in the "Thin Red Line" at Balaclava? We will never know.

The 1803 Light Infantry sword is a classic Officer's side arm of the Napoleonic Wars. Its leather scabbard, with blue and gilt blade and intricate gilt lion head hilt are a work of art and many collectors prize them as the most spectacular in their collection. They just speak to the handler the era of King George and Wellington. Used in both the Spanish and Belgian campaigns, it was also used in North America in the war against the United States in 1812. This particular example has a gradual curve to the blade, some having very exaggerated sweeps depending on the maker. The blade is etched with the crown and coat of arms with the Kings cypher GR, all blued and gilded. The gilt on the etching is mostly lost, but the blue is still sharp and pronounced and the etching clear and readable. The blade is in overall good condition. The hilt retains about 70% of its gilt and is in great condition with the typical lion head pommel and a wire wrapped shark or ray skin grip. The scabbard has all of its components, the leather supple, but the seam is now loose and open. The maker mark is clearly etched on the back of the blade with JJ Runkle Soligen, one of the best sword makers in Europe, a favorite of the officer class and a prolific makers of fine blades during this period. An over all pleasing example with an undamaged blade. Offered is the standard pistol for the British Navy before the introduction of the revolver. This pattern is a must for any British firearms collection. The barrel is in good condition with a pleasant patina, inspector marked and with a swivel ram rod. The wood is in excellent condition and the brass fittings are all there and original to the piece. The action works and the lock plate is marked VR with crown and date. A nice example.

This is the famous Martini Henry Rifle of Zulu War fame, dated 1873 just before that campaign. A well used example with some wear and discolouring to the wood stock. The barrel and frame retain some of the original bluing, and the barrel rifling is with some wear. The action is crisp and tight. The metal and wood have the appropriate markings and inspector stamps. The sling is period and the bayonet has a clean blade and well marked, dated '73. The scabbard is in good overall condition. A nice example that looks to have some good service life behind it. This is an Antique Firearm and does not require a PAL to purchase.

A top drawer example of this desired flare gun used in the trenches of WWI. It is in immaculate condition, the wood stock has minor wear, the metal is not corroded or damaged, just shows typical field wear. The removable stock fits perfectly and has mismatched serial numbers The flare pistol reads 23166 and the stock 33166. The mechanism works. A rare and important piece of field gear. This can only be sold in Canada. It is not restricted and does not require paperwork, but problematic for export. Flares are impossible to find for this illumination device.

A fine example of a British late 18th, early 19th century flintlock brass barrel blunderbuss. Original wood stock with some minor dings and chips, but with a nice overall original finish. There is a fine crack in the fore stock that does not seem to carry through, and the tip of the wood ram rod is chipped off. There is a small chunk missing above the rear of the lock and minor bruising of the wood on the left side by the lock screw. Brass barrel has British proof marks and the lock and all furniture fits tight and is original. The lock mechanism works to cock and half cock, but a little loose in the action. The pan cover swivels into place nicely. This fine example has not been converted back from percussion. There is no apparent maker name or mark, other than the barrel proofs. The brass barrel has a nice fine patina and there is some minor pitting and corrosion around the pan. A solid example of a popular flintlock amongst collectors. These firearms were used by coachmen to protect their carriages from highwaymen, intruders and on ships to fend off pirates. The original shot gun. This is an antique flintlock and does not require a PAL. 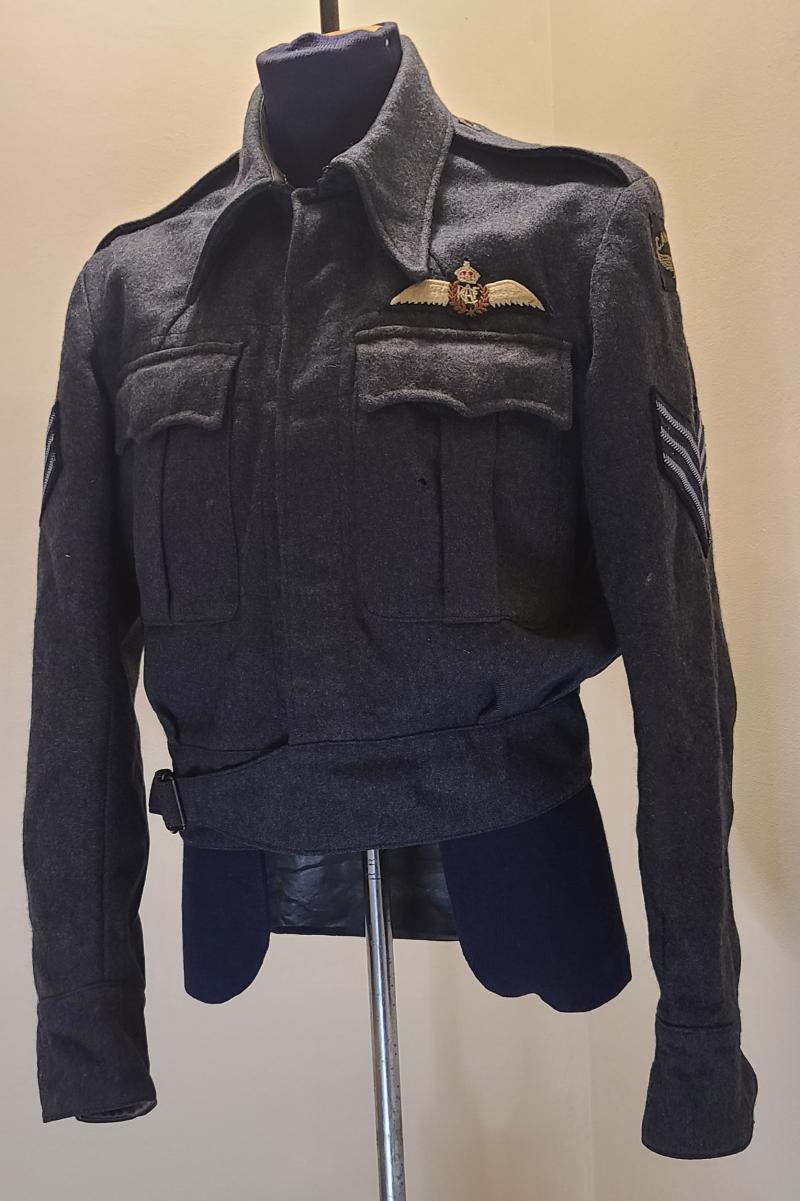 Offered is a RCAF BD Sergeant tunic with RCAF pilot wings. NCOs Sergeant and above could be qualified pilots and fly in a Squadron or on other duties. This is a nice example dated 1944 with all original insignia and suffering one moth hole on the front. Label present and it retains its colour. Not named.

Offered here is a Fenian Raid Medal with 2 bars for 1866 and 1870 Fenian Raids. Lt W.S. Maclean was a Sgt in 1866 with the Rockburn Inf Coy in Lower Canada. His Coy was absorbed by the 50th Borderer Bn when it was formed in the late 1860s and he was commissioned a Lieutenant. However, his medal is made out to him as a Sgt with the Inf Coy he served with in 1866. The 50th Bn was mobilized in the 1870 raids and MacLean was present at the battle of Trout River. This is confirmed in the references and medal rolls. A nice medal for an officer who saw some action in the Montreal area.