Not often you find the 1897 with an Edwardian Crown and VR cypher mix. This is a perfect sword for a Boer War Officer uniform or at least an example of a sword of the period with its original Sam Brown Belt scabbard with tab for the frog. The scabbard leather is a dark reddish brown and in good shape. The blade is very nice with coats of arms, crowns and a very different variant of the VR Cypher. Marked with a faint Wolverhampton maker mark. The nickel plated hilt is over all in great condition with a very large, distinct VR cypher. The grip has a tight wire grip retaining a shark skin covering in great condition. A really nice sword.

Offered here a Royal Navy Midshipman's dirk with lion mask pommel. It has an aged patina 7" blade in dagger form, with etching of a Georgian crown over a roped anchor. The Maker is Davies, likely Edward Davies who took over from David Davies shop 1796-1801. it has a Very attractive gilt floral cross guard and pommel with lion's mask. The decorative grip of ivory, suffering a crack about 2" along its length. No scabbard. A very similar example can be found of this very blade in reference "Swords for Sea Service Vol. 2" by Comd W.E. May & P.C.W. Annis, 1970. Plate 60. This cannot be shipped internationally due to ivory handle. 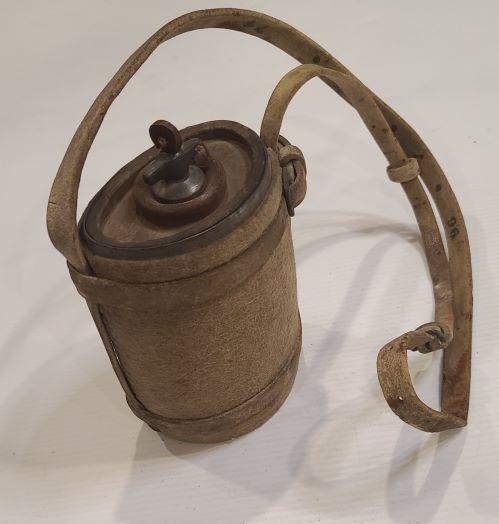 This is the standard 1874 Canteen with white carry straps with the addition of a khaki wool sleeve to keep the water cool approved in 1882. No idea the campaign this may have been used in, but definitely for hot weather. With the modification date, probably Egypt. One minor small hole in Khaki sleeve, everything in great shape, with key plug still in place. Markings on the bottom read WCM over E. No idea what unit that might be. A unique piece. Henri Gagnon. (1893-1947) was born in the North-West Mounted Police barracks in Regina, the son of Superintendent Severe Gagnon and Emma Royal Gagnon. He was educated in Montreal, and joined the militia in 1911. He served overseas in the First World War as Commanding Officer with the 69th Battalion (French-Canadians). In 1919, just before his return to Canada, he married Helen Johnston in Gretna, Scotland. They had one child, Suzanne. In 1920 Henri joined the Royal Canadian Mounted Police, and over the next 27 years was stationed in Regina (1920-1923), Vancouver (1924-1927), Fort Smith (1927-1932), Quebec City (1932-1934), Montreal (1935-1942), and Regina once again (1943-1947). From November 1938 to November 1939 he was seconded to reorganize the Quebec Municipal Police. In 1943 he was promoted to RCMP Superintendent and in 1946 to Deputy Commissioner. He received the OBE (civil) in 1946, and was expected to succeed S.T. Wood as RCMP Commissioner. He died on November 19, 1947 before taking up this post. The Wolseley Helmet comes in a japanned tin caring case, marked H. Gagnon, 83rd Jolliete Regiment, a Quebec Militia unit. Tied to the handle is an original tag indicating its use with the RCMP. The helmet itself has the classic white body with dark green lining on the underside, with white pugaree, correct for both his old 83rd Regiment and the RCMP. The spike is standard pattern for the helmet or can be removed to be replaced with a white cloth covered ventilated dome cap fitting, included with the set. The RNWMP pugaree cap badge has a pin with clasp to anchor it to the pugaree cloth, rather than using the lug fasteners, a practice used by the military to reduce damage to the helmet and cloth. Although Henri joined the Force in 1920, there may have been a transition with badges. If the new owner can find an RCMP Pugaree badge would be ideal. However, this was the badge found in the tin. The chin scales are gilded brass and hang from its original interior hooks. The headband liner is soft brown leather with a proper corrugated spacer band to allow ventilation, the interior marked with a British maker label. The body is soiled and can use some cleaning. A conservator can easily bring this helmet back to life. An extremely rare helmet to a senior member of the force, a "lifer", who made a huge impact in policing, decorated for his outstanding performance. New Price. 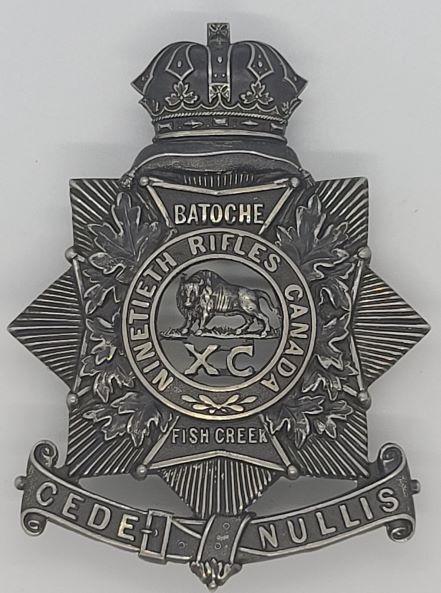 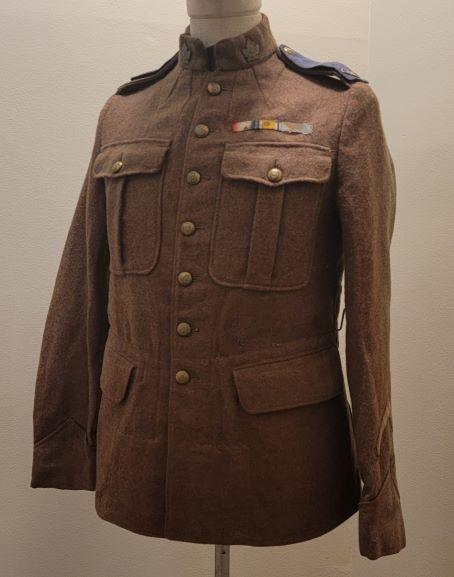 Offered is a good example of the standard 1903 Canadian tunic with 7 GS Canada buttons on the front fly, pleated pockets, standard Canada maple leaf collar dogs, blue cloth removable epaulet panels with brass Canada titles, wound stripe, good conduct stripe and trio ribbon bar. Marked C broad arrow inside the left panel. These tunics are model off the standard scarlet Canadian 1896 frock tunics. Minor mothing is found on the lower right skirt and the right cuff. A strip of discoloration along the back would indicate storage or display near a window. Overall a good example of this tunic. 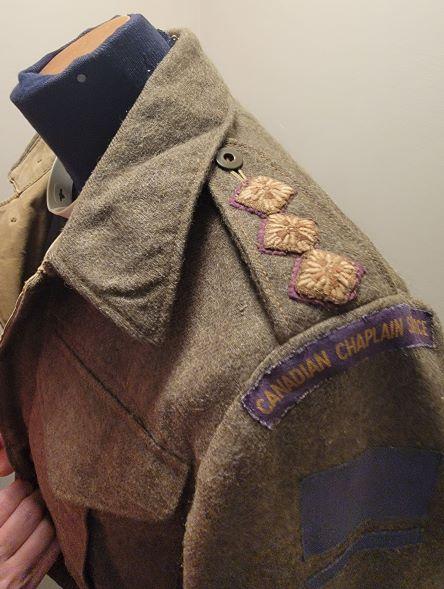 This chaplain uniform is complete with all the affects, including his BD pants, BD tunic with insignia to 3rd Div, Chaplain collars, forge cap and beret with Officer badges to the service, and photocopy of service papers and newspaper clippings. Pictures of him are found in the clippings. His record finds him initially in England on duty at various hospitals, transferred to France late July 1944 with 4th Div HQ. Stationed at Field Hospitals and then moved to front line duty in time for Antwerp and Holland. He was under fire a few times and ended the war with 3rd Div HQ. His 1944 dated tunic reflects his last posting and is named. His small brief case is full of bibles, sashes and his rosary, among other things. He was with the church post war and was involved with the recovery of the bodies of the 17th century Missionaries at St Marie Among the Huron site in Ontario. An important find and reinternment. Lots of info and a great artifact to a Chaplain who saw some action in WWII. A great addition to a very important service. This is the first pattern Shako plate issued to Canadian Militia for the 1855 and 1861 Shakos. Few Companies or Battalions could afford to purchase unit specific plates. This was generic issue from M&D to probably 90% of the force in the early 1860s and 70s. Brass versions of this badge started to appear in the 1870s for the transition to this preferred metal and were worn on the 1869 Shakos. Lugs are missing. 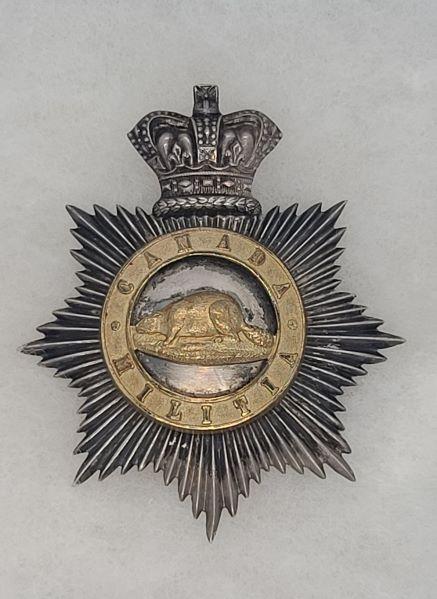 These plates are rare compared to the common OR plate and are made with a sliver wash with a gilt brass bimetal center piece. This item is missing its lugs.