The 2nd King Edward's Horse (The King's Overseas Dominions Regiment) was a cavalry regiment of the British Army, formed in 1914, which saw service in the First World War. It was formed of British colonial citizens who were in Britain at the start of the war.

The regiment was raised in 1914 by John (later Sir John) Norton-Griffiths, at his own expense. The original regiment was su...  read more The regimentally marked plates were introduced in the American Revolution replacing the old large brass buckle that held the shoulder belt that carried the heavy bayonet and hanger sword combination off the right shoulder of that period. By the Napoleonic era the hanger was no longer issued and only the bayonet was carried lightening the load, but the buckles became a unit identifier, like a ca...  read more A small but uncommon badge with the RNAS under the gull body. A nice example.  read more Lovely patina, nice condition, however 2 of the screw posts are missing on back, the one left has a bolt to secure a card backing.  read more 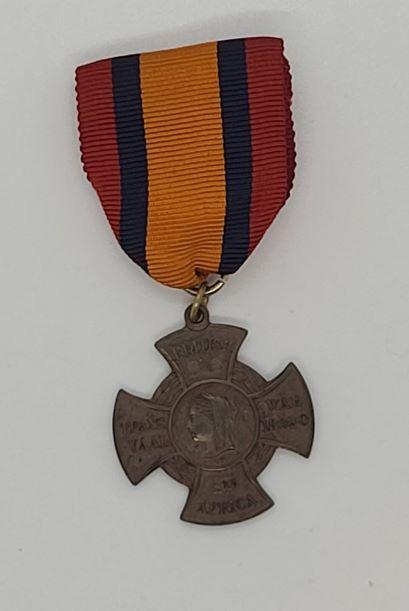 A simple cross with slogans placed in the arms indicating victory over the formal Boer Army in 1900, It reads British South Africa, Transvaal War 1899-1900 with an image of the Queen. On the reverse it reads Peace Medal 1900 South Australia.  read more 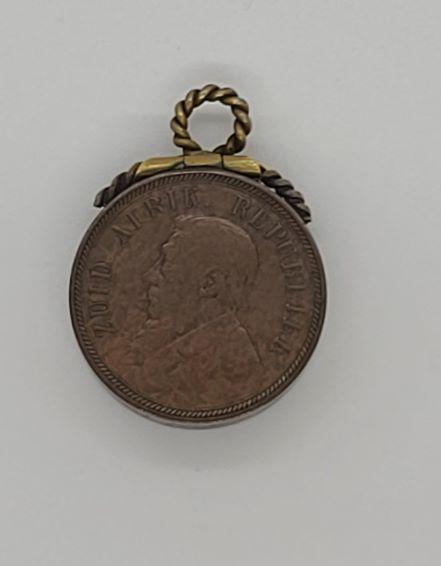 A soldier's home made commemorative Locket for a sweet heart

This clever piece of primitive jewelry was made with some simple raw materials probably found on tour in South Africa. On one side of the locket a British Penny, and the other a ZAR Boer Republic coin with both countries leaders on the outside; Kruger and King Edward VII.  read more ZAR Commemorative medal for the death of Kruger in 1904

A simple small medal with an image of Kruger in his older years and a script in Dutch Africana dated 1905 with the black silk ribbon showing respect for the old leader.  read more This is a fine example of a bullion full dress badge for the infantry pioneer usually worn on above the cuff of the scarlet tunic. Almost mint condition it probably date to the pre or post WWI era.  read more