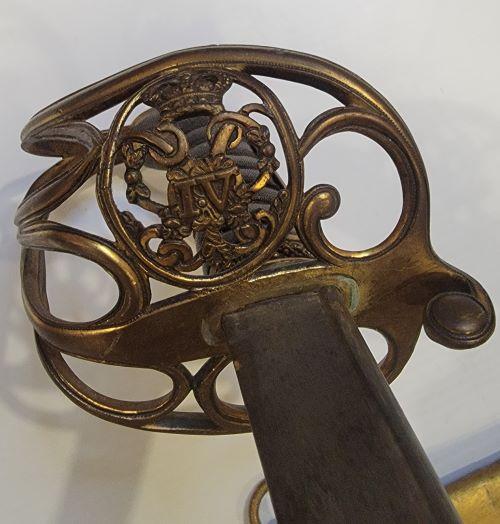 A decent example of an 1822 Infantry Officer word with its pipped back blade and brass scabbard. This sword has some historical documents that suggest a pedigree that cannot be confirmed. Documents will be provided to buyer. The blade has wear, some chips along its blade and a dark patina. The etching is worn and hard to see but presenting the Willam cypher. The hilt has the Willam cypher as...  read more A standard 1845 Infantry Officer blade with its original scabbard and sword knot. The scabbard has seen better days, with several dents along its length. The blade is grey and shows signs of age and wear with much of its etching worn and dull. The hilt has lost its gilt finish, but the grip is in very good condition. The knot is broken on one strand, requires repair. A fair example of the sta...  read more

Offered is an example of a civilian shotgun or bird gun of the 1840s or 50s. The stock is overall in fine condition with some minor damage near the left side above the lock screws. The 31.5" barrel is in good condition it has an intact wooden ram rod and there is some very pleasant etching on the lock plate, steel but plate and barrel. The company maker marks adorn the lock plate, and the Lond...  read more

A very nice example with two trigger mechanism that functions. The barrels are clean, the steel body is well engraved with maker marks and filigree. The grip is a checkered walnut with a hidden port for extra ammunition or caps. A beautiful antique firearm that has the charm and workmanship of a good gunsmith.

No license required as an antique.  read more 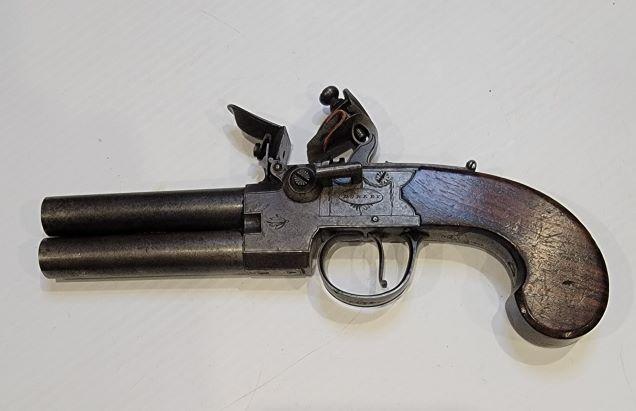 Offered is a unique flint pistol with a double barrel system that relies on a two-port touch hole mechanism that operates off a switch lever. Has a thumb-slide safety. The pistol is in very fine condition with a plain walnut pistol grip and steel body that shows age wear and is simply engraved, with maker mark and proof marks. All of the mechanisms function and the 3" rifled barrels are in goo...  read more 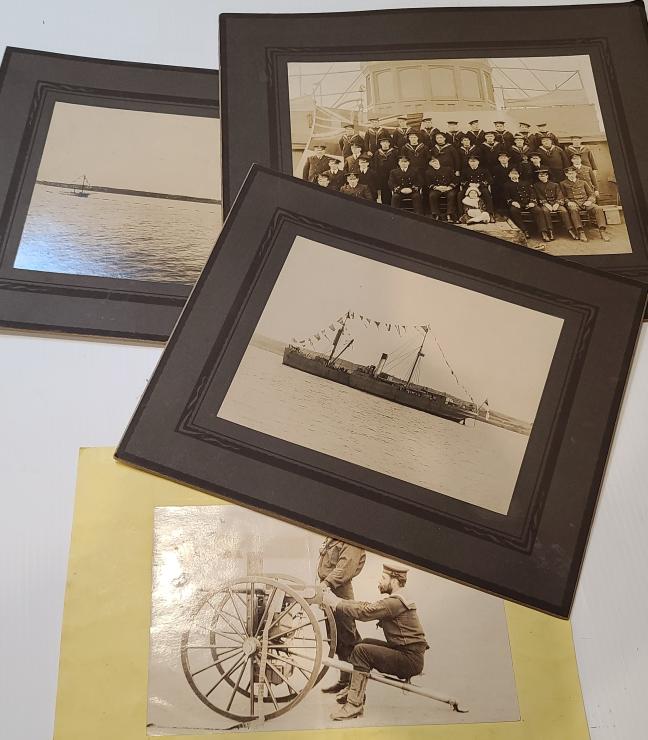 We are pleased to offer here a handsome Georgian Royal Navy Officer's sword, custom made, one of a kind, with a Turkish style blade. The maker is a well known sword smith in Portsmouth England, Arnold & Co, where many of the British Royal Navy Officer's Swords were made during the Napoleonic Wars. It appears as though an Officer had either captured a blade during his adventures and had it con...  read more A scale model of the Artillery type used on both ships and forts throughout the empire c.1800 to 1840. A fair interpretation, well made and detailed. It measures about 8" long, 2" tall. A great piece to put in a display, or on a bookcase. The barrel is probably white metal, and the carriage is wood. No plastic.  read more 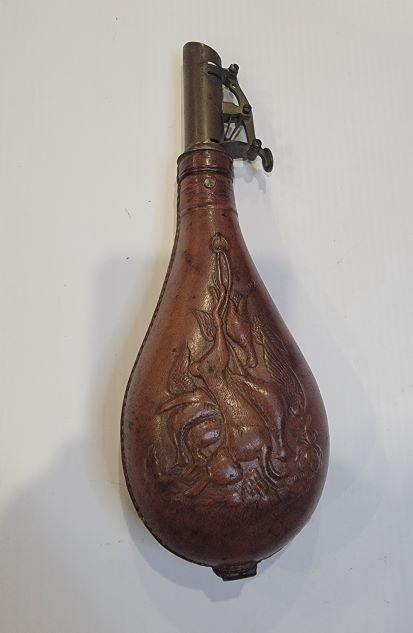 Plain Leather flasks are a common item, but the impressed decorative pattern is far more collectable and appealing. This average sized leather flask has an impression of game on both sides and has a simple functioning brass spout. A very attractive item and in good condition.  read more