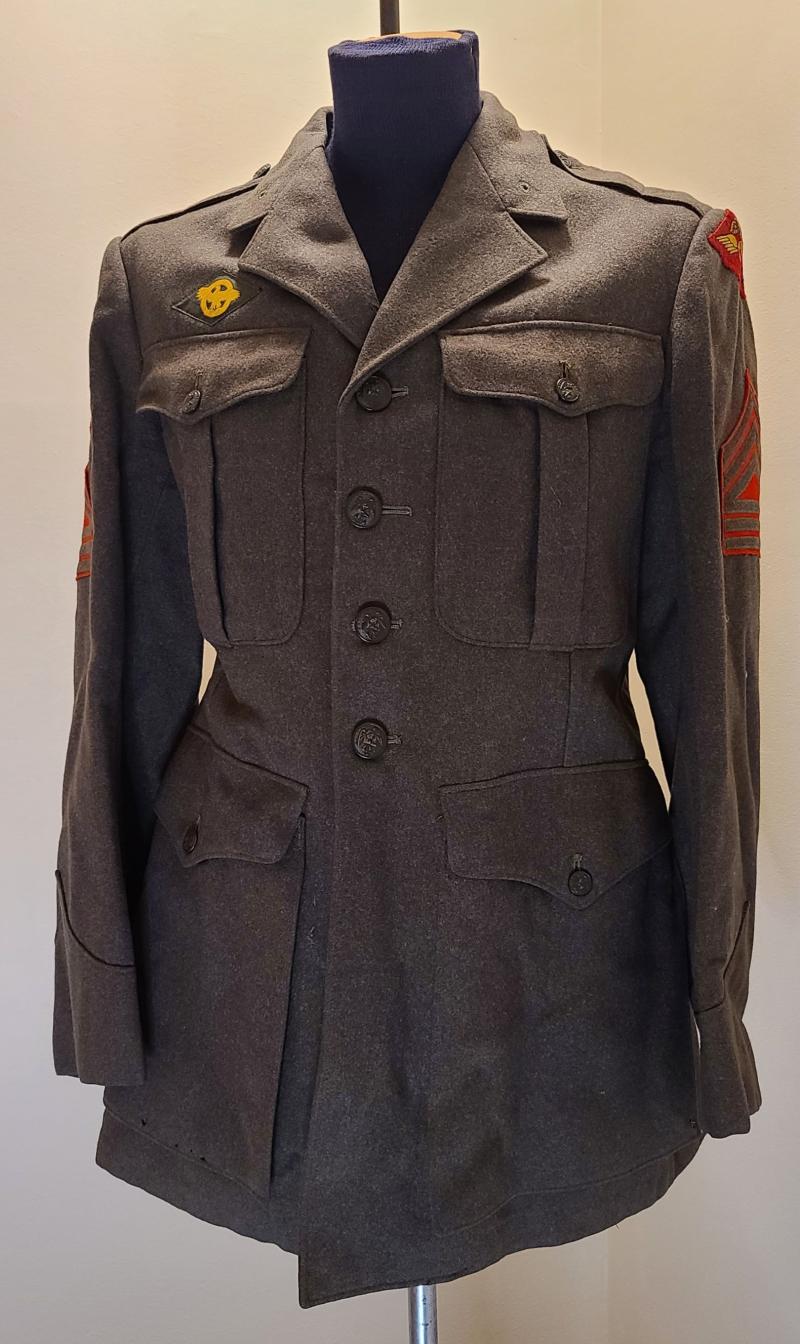 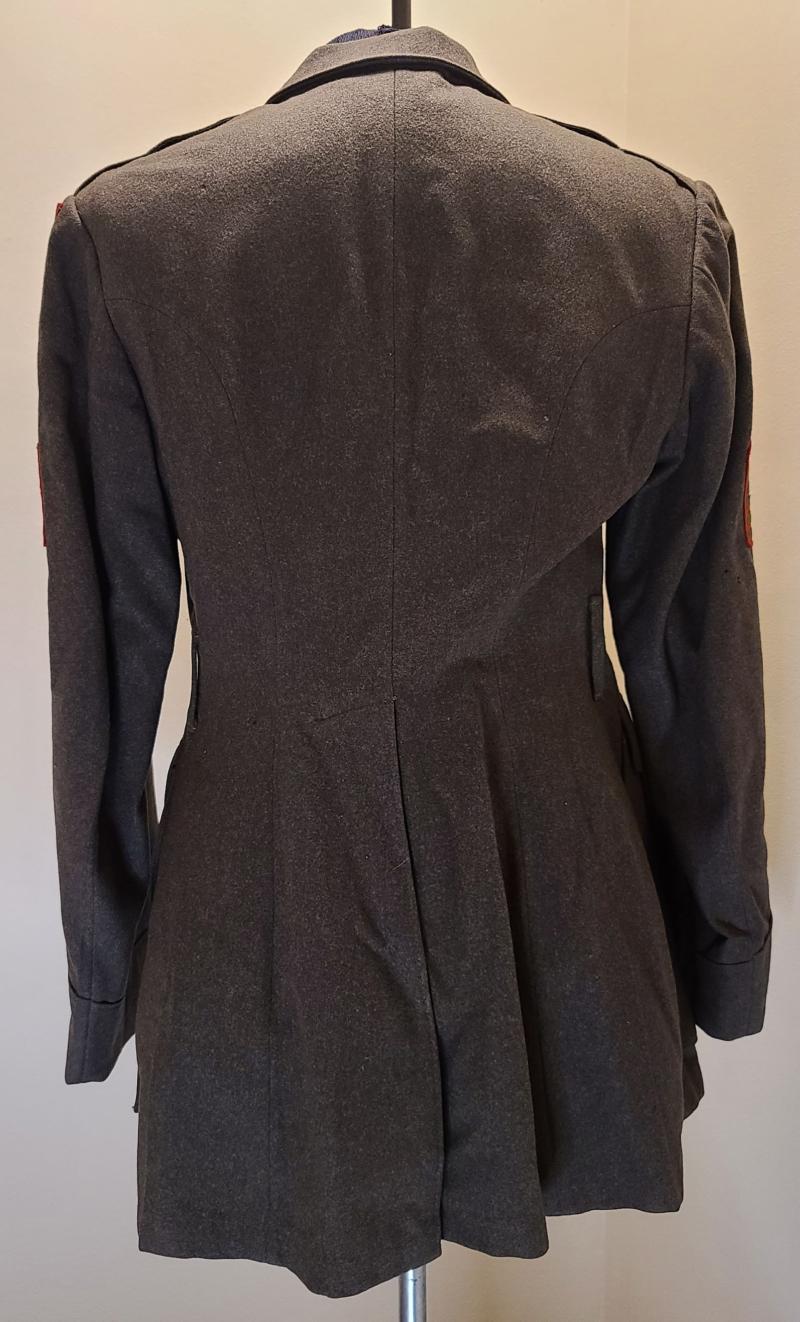 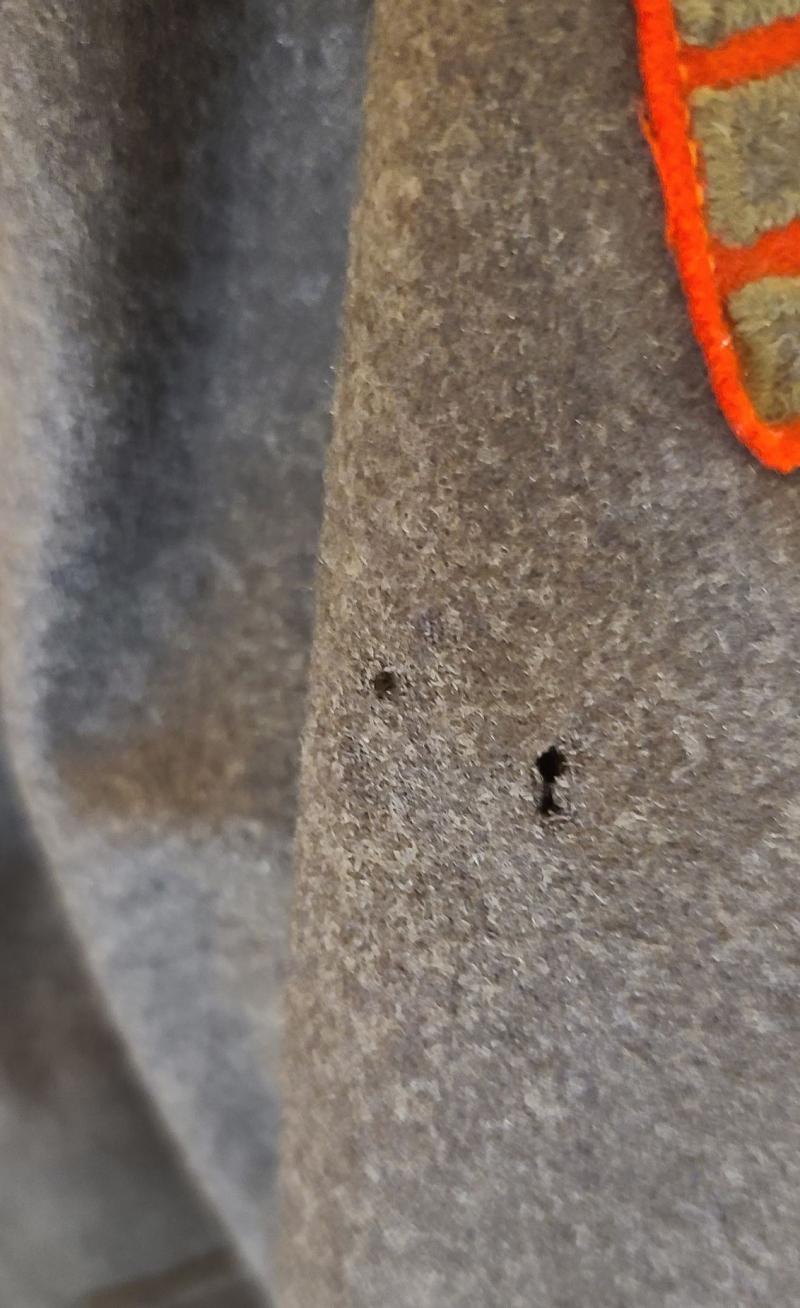 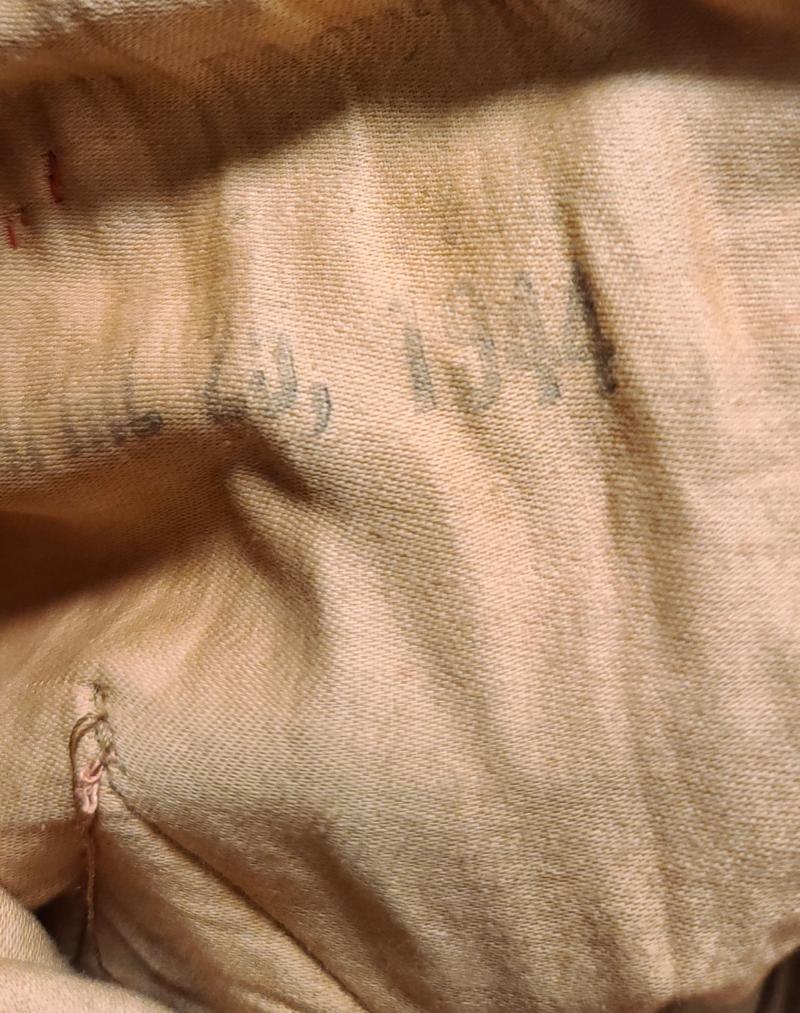 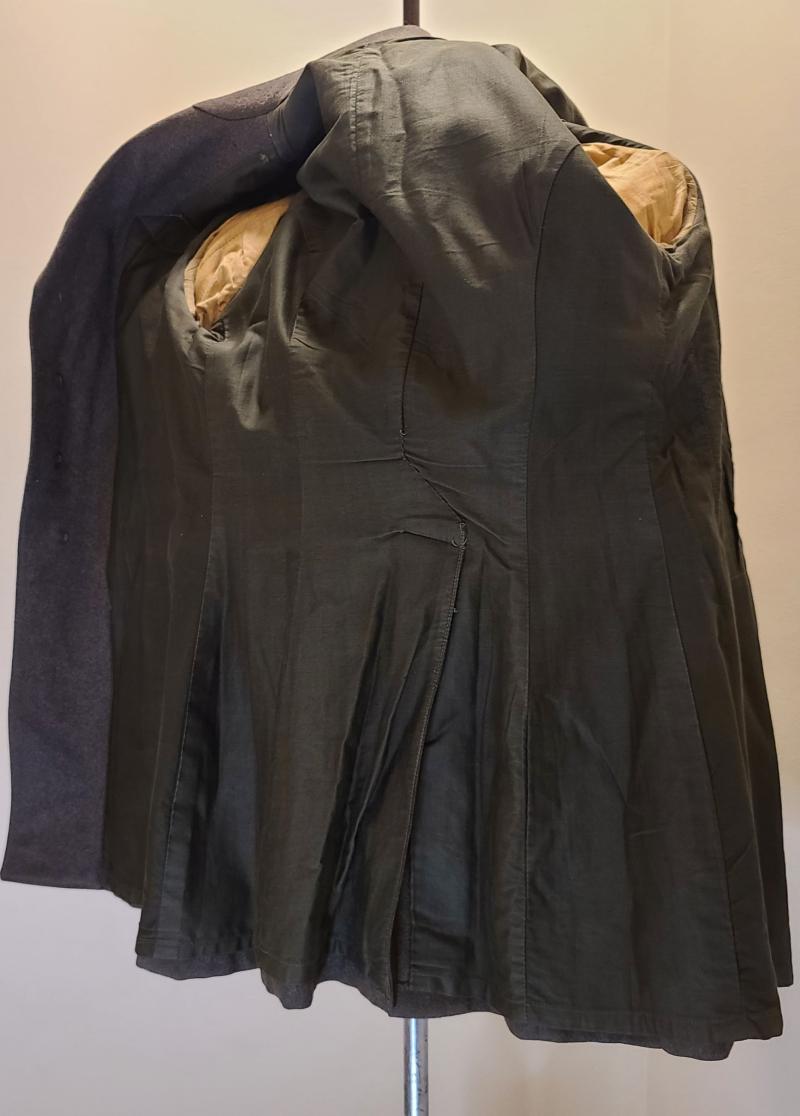 Here is an original USMC dress tunic with Master Sergeant rank and the 4th Marine Division Insignia. During World War II The 4th Marine Base Defense Aircraft Wing was commissioned August 22, 1942, at Marine Corps Air Station Ewa (MCAS Ewa), Hawaii. The Wing's three squadrons were located at Midway, Ewa and Samoa with the headquarters at MCAS Ewa. In the fall of 1944, the 4th Marine Base Defense Aircraft Wing became the 4th Marine Aircraft Wing (4th MAW). As the war progressed across the Pacific, 4th MAW pilots refined fighter bombing and low-altitude flying techniques that helped pave the way for today's MAGTF concept. Its mission was to conduct air operations in support of the Fleet Marine Forces to include anti-air warfare, offensive air support, assault support, electronic warfare, aerial reconnaissance, control of aircraft and missiles, and as a collateral function, to participate as an integral component of Naval Aviation in the execution of such other Navy functions as directed.

The "Ruptured Duck" on the right breast indicates an overseas veteran tunic. Un named, the tunic is in overall good condition, with just two small moth holes on the elbow. The insignia is all original and the label inside the sleeve indicates manufacture in 1944. The lining is in good condition. A classic uniform for the Corps with a good rank and unit patch.