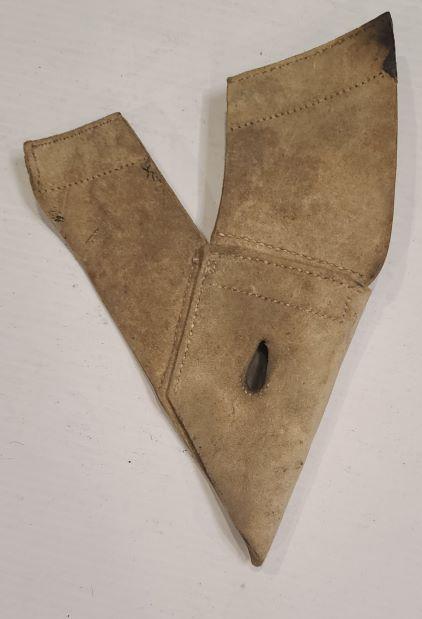 In 1850 the British Army transitioned from Shoulder Belt carry system to a waist belt system. In 1850 they introduced the leather waist belt with a built in integral bayonet frog shaped in the form of the old diagonal suspension system used in the British Army for two centuries. It was a bust and the belts were redesigned without this featured stitched on frog. There is no doubt the system removed and disposed of the frogs keeping the belts in service. I believe these are pretty rare to find complete. If you have one of these modified belts, here is an opportunity to sister an old frog with it. Note these frogs were worn with the lug slot facing the tunic, hence the appearance it looks like its meant for the right side, but it is actually designed this way for the left.