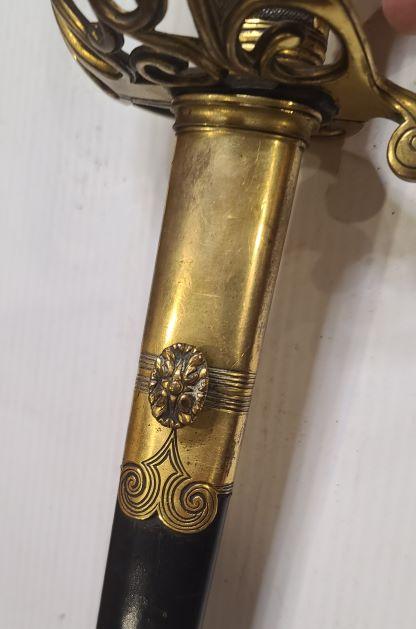 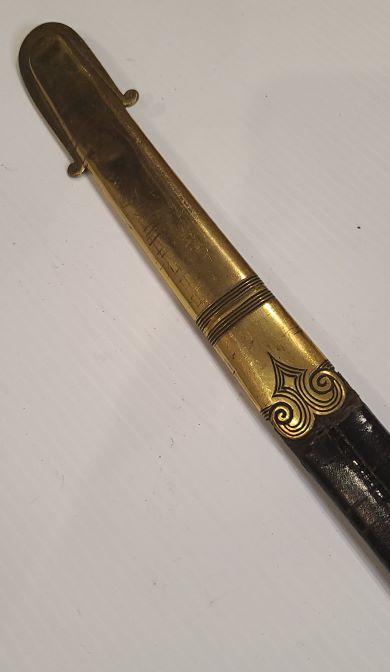 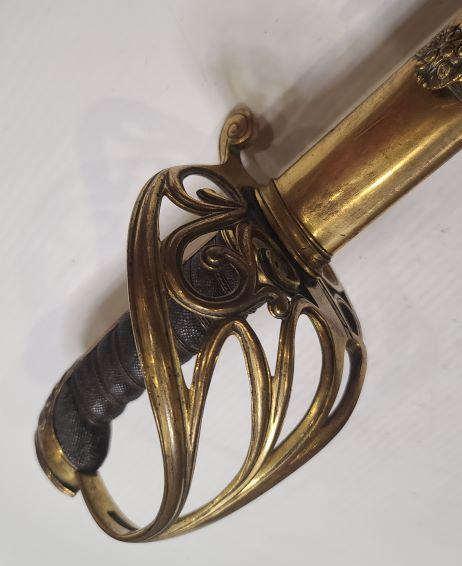 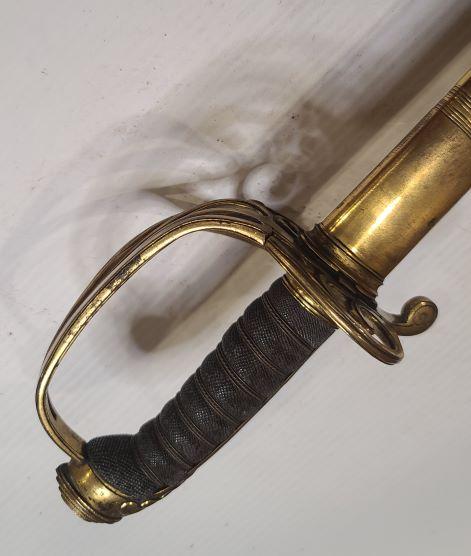 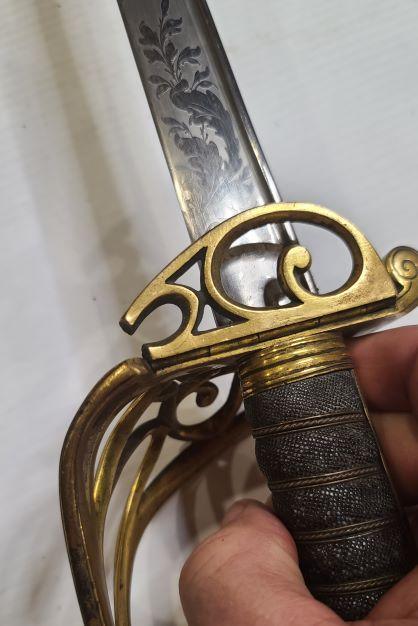 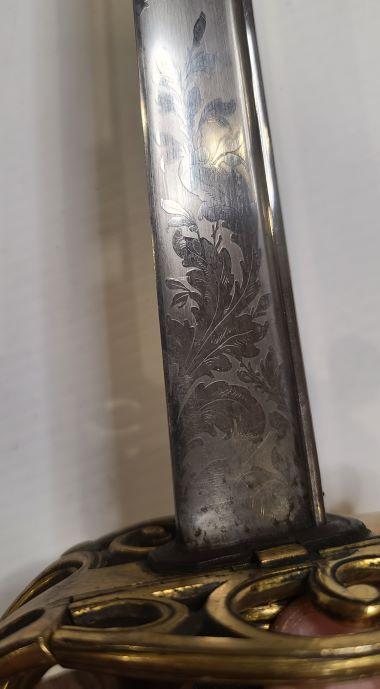 During the conflicts in North America during the 19th century many Officers would purchase swords from England. These swords were made by some of England's top sword smiths and are always distinguished by the fact they contain none of the embellishments a British Officer would order, such as the hilt and blades containing the cypher of the reigning monarch. These swords also saw service in continental Europe as well, but were more often imported to America. The Confederates were often the biggest customers for these swords.

This particular example is typical of an 1821 with its pipe back blade, the standard three bar hilt without a cypher. The hilt has the folding guard and the typical wire bound shark skin grip. The blade is in beautiful condition and is etched with floral and filigree designs. There is no coat of arms or cypher. This is a beautiful sword with an excellent scabbard with a rosette stud for a sword frog, instead of rings for sword slings. This meant the officer carrying the sword would wear a shoulder belt to carry the sword. This was a typical means of wear with US Army uniforms of the 1830s and 40s. I would date this sword of that period and would suggest if it did see American service it would be possibly during the early Indian Wars or the war with Mexico. There is no maker or distributor marks to confirm any of this speculation. A beautiful example.