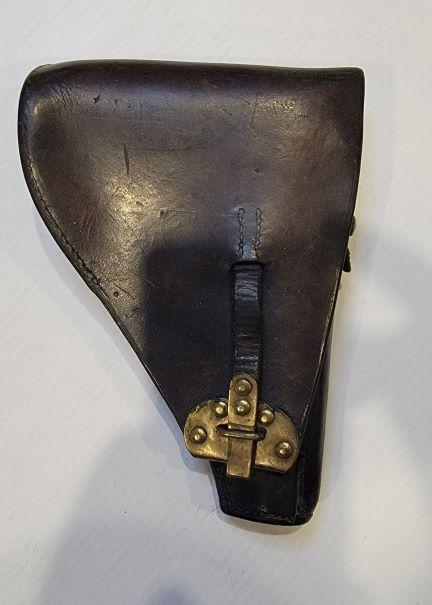 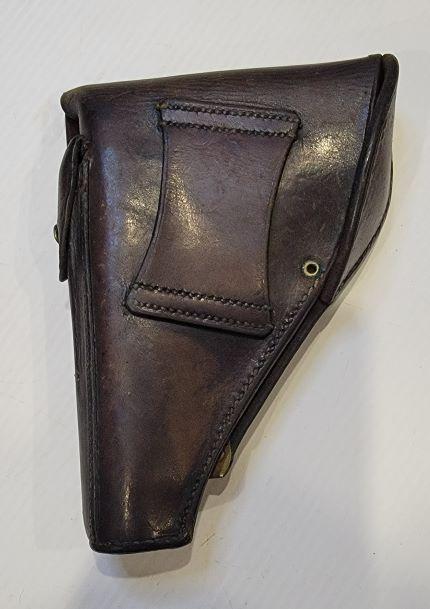 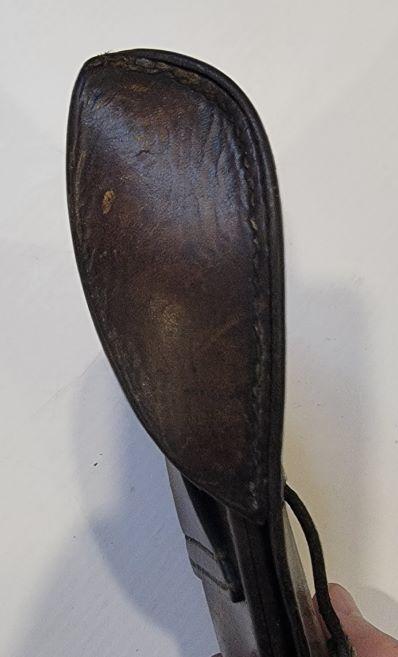 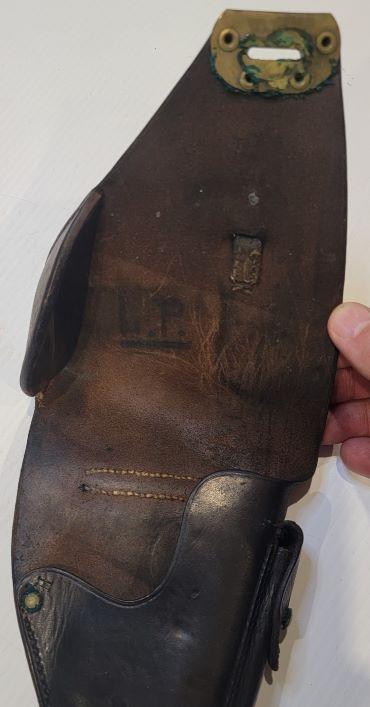 These Belgian military pistols were used extensively throughout Europe by the Germans using captured stocks of weapons and related equipment. This pistol holster can be seen in use by mainly Luftwaffe Piolets and Waffen SS units. They were not considered first line equipment due to parts and other logistics issues. The Waffen SS were initially issued with foreign captured ordnance until later in the war. This is a typical example with normal wear.